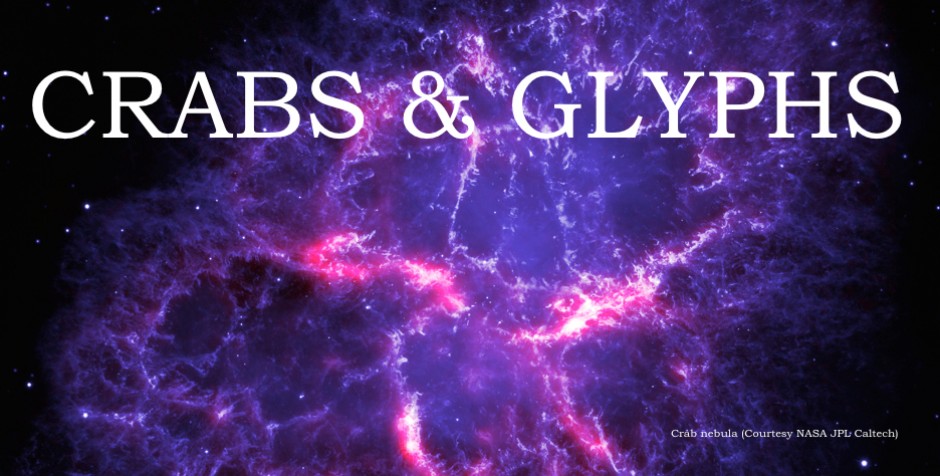 Recently my colleague David Asher and I completed a research paper detailing the orbital dynamics of an Orionid meteor outburst that likely occurred  at around 01:30 AM on the morning of September 24, 417 and may have been viewed from the ancient Maya site of Rio Azul, Guatemala.  This article can be downloaded from the meteor page and also there is a link provided to the Monthly Notices of the Royal Astronomical Society so the article soon to be printed can be viewed from the MNRAS website.  On September 29, 417, the birth of an unknown governor, “Governor X” was recorded on the east end of Tomb 1 at Rio Azul, Guatemala.  A glaring error in the inscription may be the key to noting this very rare probable outburst.   In another article soon to be published in the Codex, at the University of Pennsylvania Museum of Archaeology and Anthropology the author will detail what this may mean regarding some of the probable outbursts that the Maya may have observed.

The latest issue, December 2017, Vol. 98, No. 12 of EOS, Earth and Space Science News (eos.org) contains a write-up of the research article by the author and astronomer D.J. Asher published in the journal Planetary and Space Science (144 [2017] 112-125) entitled “Evidence of Eta Aquariid outbursts recorded in the classic Maya hieroglyphic script using orbital integrations.”

Overall, it is a fairly acceptable article, however, there are a few points that are slightly misrepresented and some other points that could be emphasized.  One statement from EOS in the caption underneath the photo of Tikal states, “Recently published research suggests that the Maya may have linked the timings of events such as royal accessions and wars to astronomical predictions of meteor showers.”  To clarify, our research suggested the Maya based some of their royal accessions on observed outbursts of the Eta Aquariid meteor shower.  It is not known if the Maya could forecast meteor outbursts, although today because of astronomers like D.J. Asher accurate forecasts of some meteor outbursts are possible.  Fortunately, the Eta Aquariid annual meteor shower was just that, “annual” and so was likely observed on a regular basis.  However, it is the outbursts (about 2-3 times or more the normal rate of meteors) from particles ejected from Comet Halley’s passages from 1404 BC to the contemporary Classic Period that we can track using numerical integrations from Solar System dynamical programs.  Thus it was the accessions that we noted followed outbursts (in about 7 out of 10 cases [in my latest updated count]) that led us to believe in the causality in cases involving the Eta Aquariids.  While we still have integrations to perform on the Perseid meteor shower (around the 3rd week in July during the Late Classic Period, ~AD 600-900) and Orionid meteor shower (~last week in September), the Eta Aquariids occurring around the second week of April likely occupy the lion’s share of outbursts.  Modern weather patterns for Belize, for instance, bear this month out as an opportune time for astronomical observations since the rainfall and cloud cover are low for this time of year as opposed to July and September.

While it might be a nice statement to make that the Maya made war based on predicted meteor showers, only one possibly two probable outbursts correlated to war events, the main one being the “Star” war in 562.  Thus while it is possible that the 562 Star war was related to the ETA outburst prior to the recorded war date, we make no general claim regarding the connection of meteor outbursts and hostile activities.

Comments of our original article regarding our results “merely imply a statistical correlation between meteor outbursts and meaningful events; the team made no attempt to identify a Maya logic for the connections or reanalyze Maya codices” are well-founded.  With little visible hieroglyphic evidence at this stage of decipherment at hand, our conclusions do rely on statistical evidence.  Our dynamical model performed well when analyzing known results from historical and contemporary records, so we were confident in the data that we produced for the Maya Classic Period.  Peer reviewers cut down the original length of our treatise quite a bit so we were unable to expound on logical explanations for correlations to Maya events in some cases.  Research in that area and also reanalyzing the Maya codices is on-going.

The purpose of the photograph of Structure A6 at Caracol was not made clear.  Being the center of the eastern group of the E-group pyramids, the radiant, or point of apparent origination of the Eta Aquariid meteor shower, would have risen above the horizon above A6 at around 2 AM in April when the outbursts and the annual display of the ETA would have occurred at Caracol.  The best point of visibility would have been on top of structure A2, the western pyramid of the E-group because the horizon would have been visible (rather than down in the plaza).  This is not to make a generalization that nocturnal observations were specifically made in the E-group, just that this could have been an opportune place for observation at the site of Caracol.  Several of the outbursts were correlated with dates recorded at Caracol.

The EOS article states that most of our work was completed during my stay at Armagh Observatory in Northern Ireland in the summer of 2015; actually, that was really only the beginning–it took over a year to complete the analysis of the computer integrations for the data base we used in the article, which we completed through email communications.  By the way, the over 200 year old facility at Armagh is top-notch as well as the staff there and could not have been a more pleasant and stimulating way to spend one’s summer.

Research is on-going; comments are welcome.

Welcome to the Crabs and Glyphs website that mostly focuses on matters concerning meteor showers or outbursts that may have been observed within the ancient Maya hieroglyphic writing corpus.

Numbers found recently on the walls of an “astronomer’s workshop” at the site of Xultun demonstrated that indeed the Maya recorded raw astronomical data.  Current research by the author and astronomer D. J. Asher (Armagh Observatory & Planetarium, Armagh, Northern Ireland, UK) using numerical integrations indicate that the Maya probably recorded eta Aquariid outbursts (Planetary and Space Science, Volume 144, 15 September 2017, pages 112-125).  For a download of this and additional papers see the link to the Meteor Showers page.